Alibaba in world's biggest listing of 2019 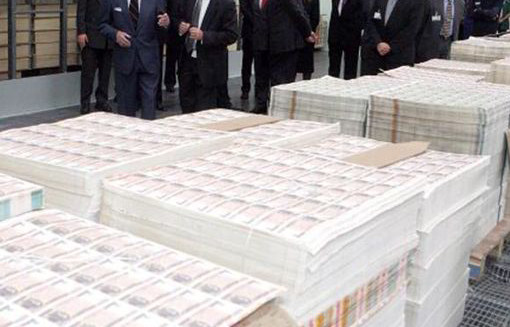 As at the 28 September 2019 the Group’s net debt was £170.7m [up from £107.5m in March] and the net debt/EBITDA ratio adjusted for the basis of the banking covenant was 2.72 times, both of which are significantly higher than previously forecast. That’s partly due to the slide in operating profits, due to increased pricing pressures and lower sales volumes. Shares in De La Rue have plunged by 20% this morning, after it reported an 87% plunge in operating profits for the last six months. The firm also suspended its dividend, and warned there is “significant doubt” over its ability to continue as a going concern. De La Rue has suffered a series of blows in recent years, including failing to win the contract for Britain’s new Brexit passports. It also lost £18m when the Bank of Venezuela failed to pay its bills. Clive Vacher, CEO of De La Rue, warned investors this morning: The business has experienced an unprecedented period of change with the Chairman, CEO, senior independent director and most of the executive team leaving or resigning in the period. This has led to inconsistency in both quality and speed of execution. The new Board is working to stabilise the management team, which we believe will take some time. With the Serious Fraud Office investigating possible corruption in South Sudan, and Brexit threatening to disrupt its links with European customers, De La Rue faces huge challenges. Shares have slumped to 141p, down from 175p last night and around 420p at the start of the year